Easter has come and gone, and in Sardinia many families have cooked a very traditional dish for special occasions: Sardinian panada. Many claim that this pie was created during the pre-nuragic period. I doubt so, judging by its similarities with empanadas, I would say that the idea was probably coming from our Spanish invaders. Legend says that the first place where it was cooked was a small town called Assemini, where back then fishing was the main activity. Hence, the panada di anguille, filled with eels is the classic version, which is also the one I’m presenting to you today. However, ingredients are easy to change: for the Easter holidays for example, the preferred filling would be lamb meat, accompanied by potatoes or other veggies.

Step 1 – Start by mixing the flour with one tablespoon of salt. Work it with your hands mixing it with the lard in a large bowl. Add some warm water so the dough comes together. Once it’s unified enough, transfer it on a working surface and start kneading it until you have a smooth dough. This dough is called croxiu in Sardinian and it literally means “crust”, its consistency once cooked should be in fact like a thick, crunchy bread to accompany the filling of the panada. 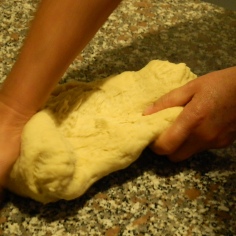 Step 2 – Make the dough in a ball shape, brush it with olive oil and wrap it in cling film. Put it to rest in the fridge for about one hour.

Step 3 – Take the eels, already clean, headless and cut in small pieces, and put them in a bowl. Add the finely chopped sun dried tomatoes, garlic, and parsley. Then add salt to taste and abundant extra virgin olive oil.

Step 4 – Peel the potatoes and slice them in very thin round slices. Add them into the bowl and mix the ingredients with a wooden spoon, so the aromas have covered all the ingredients.

Step 5 – When the dough has rested for one hour, take it out of the fridge and place it onto a working surface, dusted in flour. Cut a fourth of the dough out, and put it on a side. Stretch the remaining dough to obtain a round sheet, half a centimetre thick, that should be able to fit a 23cm round oven tray or pie dish. Let it overhang, so it will be easy for you to close the pie later. 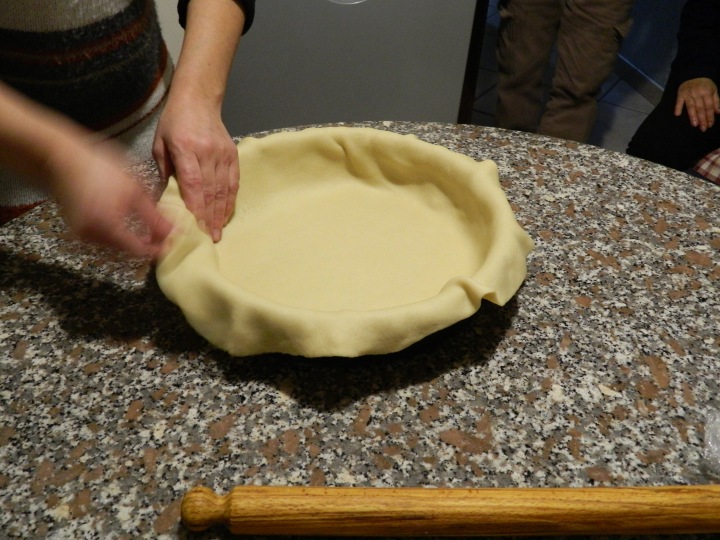 Step 6 – Add your eel and potatoes mix inside the panada, spreading it out evenly. Now stretch the small piece of dough to get a round shaped lid for your panada and place it on the top. With your fingers, seal the overhanging bits of dough with your lid. If any hanging bits are over 2cm long, cut them with a pair of scissors and start folding the borders on the inside obtaining a curled effect all around the edge of your pie. A tip for the experts: to make your panada inflate, you can help it by blowing a little air inside it just before completing curling up the edge.

Step 7 – Place your panada in a hot oven, and cook it at 200 degrees for one and a half hours or until the crust has a golden colour. 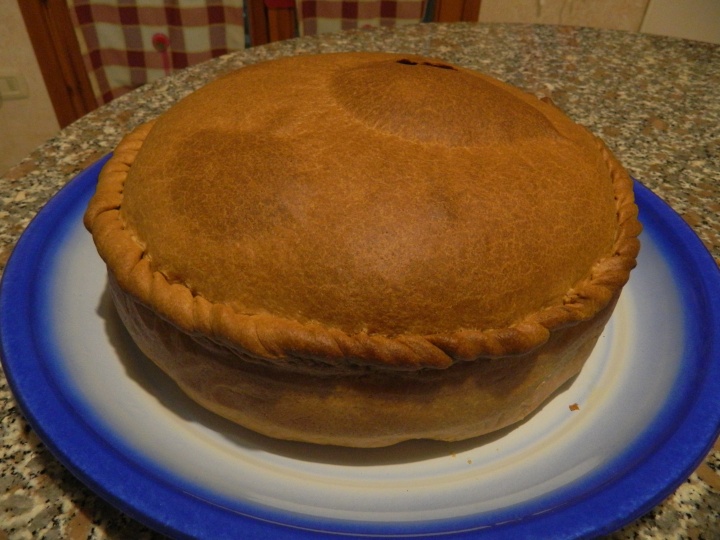 Have you ever eaten Sardinian panada? Let us know if you try this recipe!