Chinese desserts are relatively few and far between, but there are a few special ones that can be hard to get in the shops, and this double layer/skin milk is one such dessert. The recipe dates back to the 1850s, and comes from the Canton region.

The key ingredients are full fat milk and egg whites – so it will give you plenty of proteins! It is also very easy to make, and the prep time only totals around 5 minutes, with a cooking time of roughly 20 minutes. However, there are quite lengthy cooling periods in between. You can also make it the day before and keep it chilled in the fridge!One important thing to note is that you will need to pour the milk (after step 1) into the bowl/bowls you’re serving from at this stage. The recipe below is enough for 2 servings into 2 small bowls.

Step 1: Heat the milk in a pan, keep watch, and pour it into a bowl (which you’ll use to serve) just before it comes to a boil.

Step 2: Allow the milk to cool and form a creamy film on top. In the meantime, gently mix the sugar and vanilla extract into the egg whites. Don’t over beat as we don’t want it to become fluffy.

Step 3: Once the milk is fully cool, make a tiny slit on the edge of the film and pour the milk into the egg, sugar and vanilla extract mix and stir well. Leave a few drops of the milk in the bowl so that the film doesn’t stick to the bottom of the bowl.

Step 4: Pour the egg, milk and sugar mix back into the bowl by slowly trickling it down the side of the bowl, allowing the film to float back to the top. 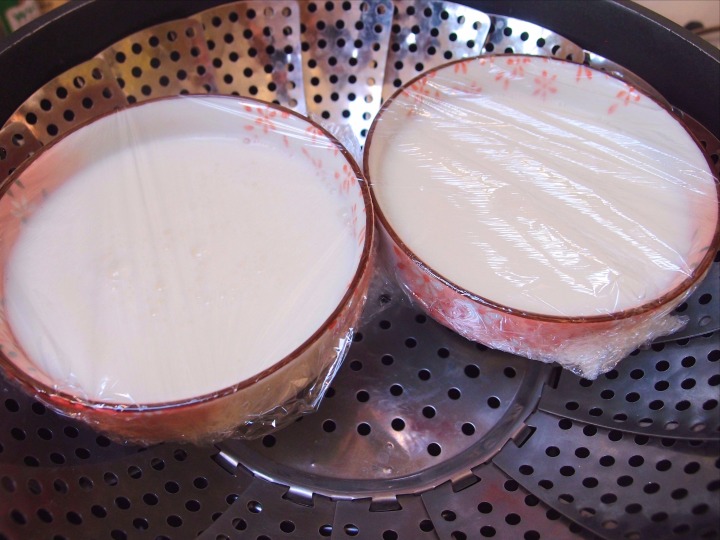 Step 5: Cover with clingfilm and place in a steamer (this stops water dripping into the bowl). Once the water in the steamer comes to a boil, heat on medium heat for 15 minutes. Turn off the heat and leave for 5 minutes with the lid on. 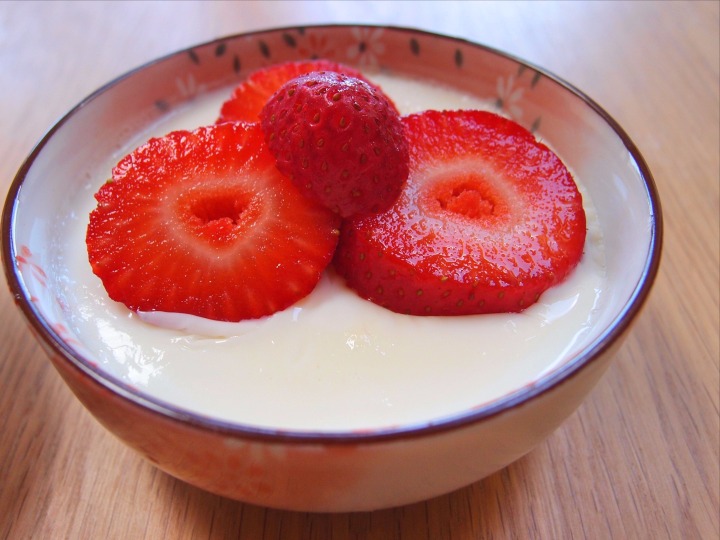 Step 6: Remove from the steamer, allow to cool. If preferred, place it in a fridge. Before serving, top with chopped strawberries!

You can also top it with red bean paste, mango or other preferred fruits, or of course it can be eaten on its own. Have you tried out a particularly delicious combi?