Grilled fish served on a gas fire in a simmering tray of chillies and veg has been getting increasingly popular in Chinese restaurants, and unlike more traditional roast fish, it’s a lot saucier – in that it comes in a bubbling tray of soup. You can then spoon the soup over your bowl of rice as you eat the fish.

We’re making it with enoki mushrooms, celery and bamboo shoot here. In terms of choosing the fish, carp is ideal, sea bass is a good option, though we’re making it with yellow croaker here. The cooking times will depend on the size of the fish you’re using, so please double check to make sure that your fish is cooked at the end! Cooking time is roughly 30-45 minutes.

You’ll also need cooking oil and water. Preheat both the oven and grill to 200 degrees.

Step 1: clean the fish and score the skin. If it’s a large fish then half it into two fillets and place it on some kitchen foil in a baking tray, skin up. 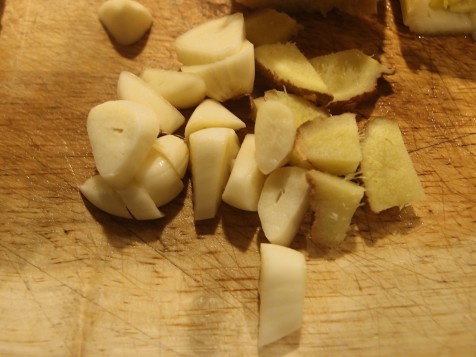 Step 2: mix the fish sauce and drizzle it over the fish, then drizzle oil over the fish. Place the fish into the grill and cook for 10-15 minutes, until the skin starts to brown/wrinkle.

Step 4: chop the celery and bamboo shoots and separate the mushrooms. Chop any other veg if using. 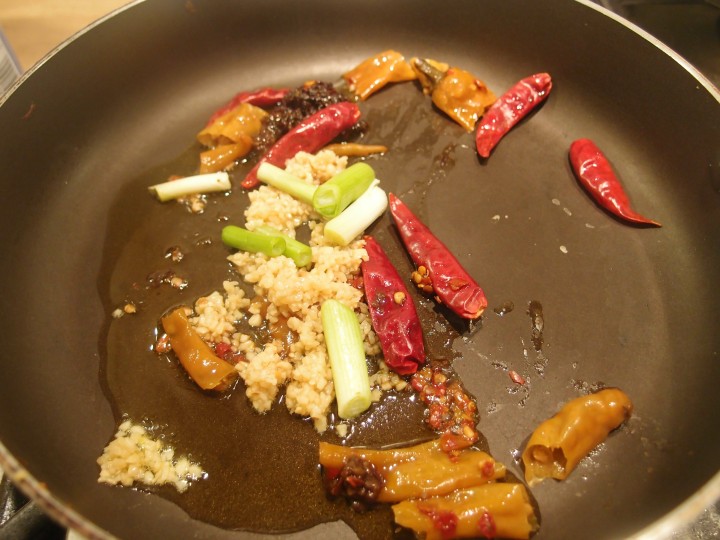 Step 5: place a generous amount of oil into a pan and heat. After around 30 seconds, drop in all the different types of chillies, whites of the spring onions, broad bean sauce and chopped garlic and heat until it starts to pop. 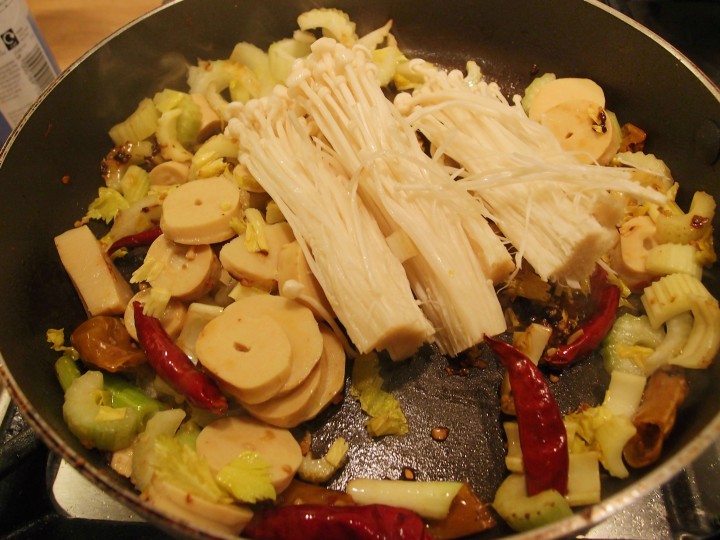 Step 6: drop in the celery, mushroom and bamboo shoot and add salt to taste. Stir and cook for 5 minutes.

Step 7: Switch onto medium heat and add the soy sauce and water to half cover the veg. Leave to simmer for 10 minutes.

Step 8: remove the fish from the grill, pour the veg mix over it. At this point, add any additional soy sauce to taste. Place this into the oven for 15-25 minutes, depending on the size of the fish.

Step 9: in the meantime, add a generous amount of oil in a pan and fry the Sichuan peppercorns until they pop, for around 3 minutes. Discard the peppers and keep the oil.

Step 10: check that the fish is cooked, and sprinkle the green parts of the spring onions and the sesame seeds over it. Pour the oil flavoured by the Sichuan peppers over this and serve!

It’s not the same as the restaurant versions, but still quite delicious and very spicy! There are many ways to customise this. It’s made with any veggies you like, though celery, wood ears and mushrooms are quite classic choices. Are there any you’d like to try?